Disparities in Mitochondrial Peptidomics and Transcriptomics in Prostate Cancer

Prostate cancer (PC) is the leading cause of cancer and second cause of cancer death in men in the US. Compared to whites, Blacks have 70% higher incidence of PC and double the risk of dying from it. Whereas Latinos have lower incidence of PC than whites, disparities have been reported within Latino subpopulations, which are poorly understood. There is great need to understand the biological underpinnings of these disparities. Mitochondrial dysfunction and genetic polymorphisms in the mitochondrial genome have been associated with PC. Over the last few years, we have discovered a novel class of mitochondrial derived peptides (MDPs) that are transcribed from small open reading frames within the mtDNA, specifically the 16S rRNA and 12S rRNA genes in the mtDNA. These include humanin, SHLP-2, and MOTS-c, which are cytoprotective signaling peptides found in circulation and have both extracellular and intracellular activities. Decreased humanin and SHLP2 levels have been implicated in diseases of aging; we recently found that levels of these two MDPs are lower in Blacks than Whites and thus may be involved in the racial differences in PC risk and progression of Black men.

Based on our recent findings of ethnic differences in MDPs and their roles in cellular function, we hypothesize that differences in MDP expression may contribute to the elevated risk of PC among Blacks compared to whites. We seek to test the potential of plasma MDPs and their prostate expression levels as biomarkers for PC risk, both as pre-diagnostic biomarkers and as surrogate prognostic risk indicators in a group of white and Black men with and without PC. Given that Latinos are the resultant of admixture between white, African and Native American populations, we will also explore the roleo MDPs in PC among Latinos taking into account genetic ancestry. 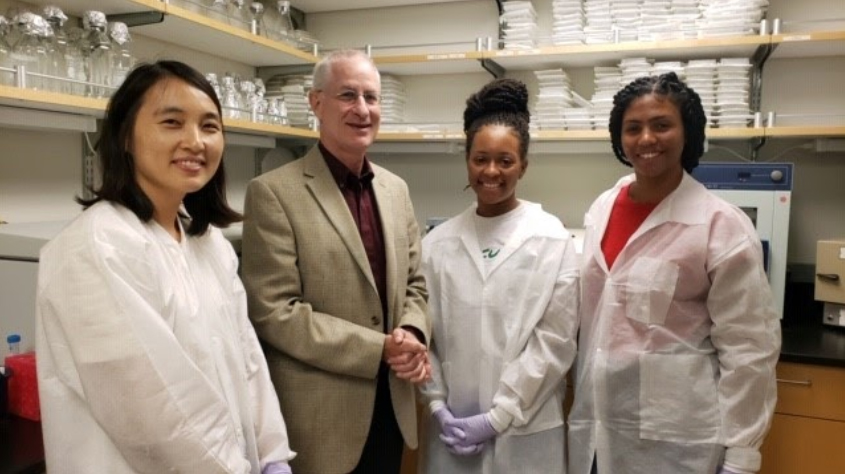 Meet the Project One Team

Want to Join Us?

If you share our interest in reducing cancer health disparities, please consider becoming a member of the CaRE² center. Investigators, trainees, community leaders, and advocates are welcome.